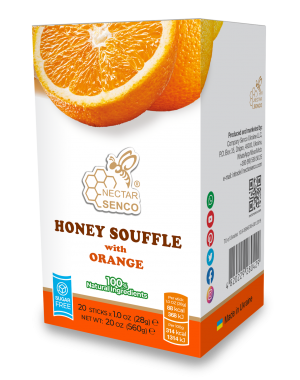 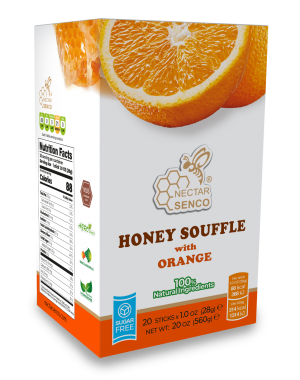 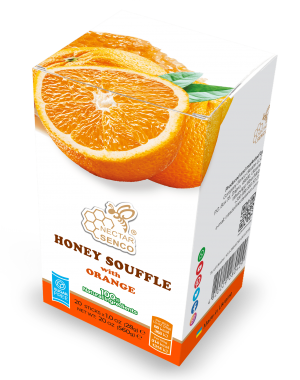 Mixed natural bee honey and orange. Contains no additives or colorings. No sugar.

Natural honey souffle is made of natural flower honey and freeze-dried orange fruit. Orange soften the delicate sweetness of the honey. The unsurpassed taste is impossible to confuse with anything else. Nectar Senco honey souffle is available in a wide assortment that everyone will love.

Honey souffle with orange will appeal to all lovers of natural products. The berries give the honey souffle a unique aroma and bright flavor notes, and our special production technology gives it the perfect taste and amount of useful ingredients.

THE BENEFITS OF HONEY SOUFFLÉ WITH ORANGE:
Nectar Senco Honey Soufflé with orange is made from 100% natural ingredients: polyfloral honey and specially prepared (freeze-dried) orange.
The classic combination of the taste of natural honey, juicy orange, perfectly improves the harmonious taste of honey souffle Nectar Senco and will not leave anyone indifferent. 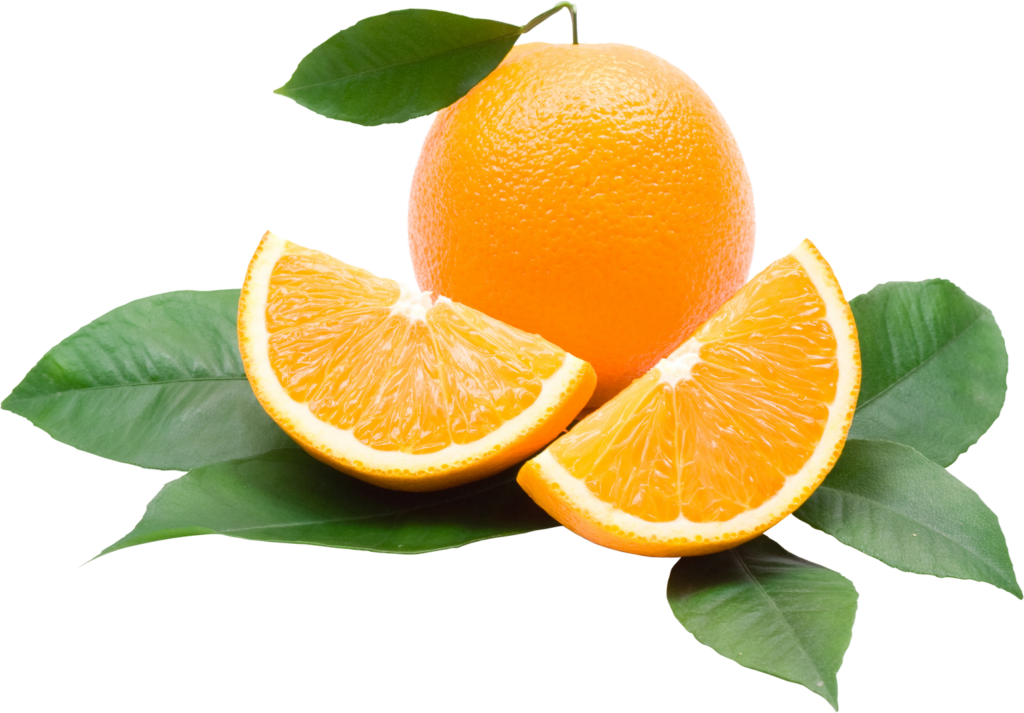 The taste and benefits of orange:

The famous orange fruit is loved by many not only for its taste. Orange has many useful properties known to traditional medicine. Learn how to eat fruit properly and who needs to be careful with it Orange is extremely useful for beriberi, because it contains many vitamins in high concentration: C, A, E, vitamins of group B. Pectin and fiber in the composition of the orange help with various diseases of the stomach and intestines. They envelop the mucosa, accelerate peristalsis, nourish beneficial microorganisms in the intestines. By the way, it is pectin that gives orange jam such a jelly-like structure. Orange juice is also drunk with food to stimulate appetite, which will help to eat the right amount of food during an illness. Phytoncides in the composition of this fruit have an antibacterial effect. If you eat half an orange during a cold, weakness and weakness will recede a little, and you will recover faster. The positive effect of orange on the heart and blood vessels is also known. Anthocyanins in the composition of this fruit have an antioxidant effect, protecting cells from the harmful oxidative process. Flavonoids reduce the risk of cardiovascular disease by reducing vascular fragility. They also prevent the formation of blood clots by inhibiting the process of blood clotting and increasing the elasticity of red blood cells. Today, thanks to a balanced combination of useful substances, oranges are used in the complex treatment of a wide range of different diseases: colds and various viral diseases; anemia and anemia, hypertension and vascular and heart diseases; obesity, atherosclerosis, gout, scurvy, periodontal disease and bleeding gums; gastritis and low acidity of the stomach; increased nervous excitability, etc. Orange, along with grapefruit, contains a unique plant flavonoid - naringenin, which is able to neutralize free radicals in the human body, which slows down the process of premature skin aging. Orange is not without reason called a solar fruit - there is a scientific basis for this. The peel of the fruit contains essential oils that are often used in aromatherapy and added to various ointments. Orange oil has a relaxing, sedative effect, while improving mood. According to statistics, the smell of orange is in third place among the most popular fragrances. It is second only to chocolate and vanilla. For medicinal purposes, in order not to lose essential oils, bioflavonoids and pectins, which are rich in zest and seeds, it is recommended to squeeze whole oranges for juice.

The power and benefits of honey:

Nectar Senco cream honey is made with polyfloral bee honey. This is one of the most delicious and useful natural varieties of Ukrainian honey. A distinctive feature of polyfloral honey is its useful composition. It includes important for the body substances such as ascorbic acid, vitamins and other nutrients. These components can provide immunity, bone strengthening and muscle formation. Natural flower honey is rich in B vitamins: B6, B5, B3, B2, B1. They are characterized by a wide variety of actions. In particular, the vitamins have a positive effect on the human body. Also, polyfloral honey contains glucose, sucrose, fructose, carotene, which can improve vision. Organic acids and various ferments. Polyfloral honey is rightly considered the most useful species. The leader in the content of active substances, has the greatest enzyme activity, beneficial effects on the cardiovascular system, normalizes blood pressure, normalizes the venous circulation, strengthens myocardial muscles and vessel walls. This is an excellent cold medicine in the treatment of colds: flu, runny nose, angina. 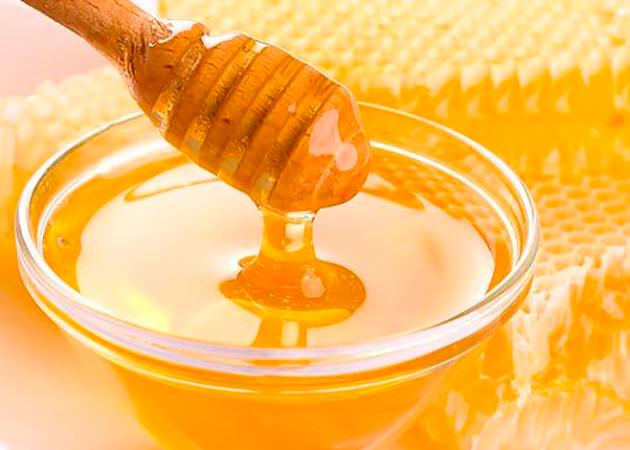 WARNING: Not recommended for babies younger than twelve months.

Nectar Senco honey-souffle, packed in soft sticks, net weight 28 g (1 OZ).
Sticks with honey souffle Nectar Senco, pack of 20 pcs. in branded show boxes, with a total net weight of 560 g (20 OZ)
Marketing product standard: NSIS-MINI-OR.
Facing standard: SENCO AGROPACK.
Origin of product: Manufactured in Ukraine.
Products are manufactured in accordance with the approved technical specifications of Ukraine ТУ 10.8-39845766-001: 2019
Shelf life: 18 months from the date of production of the goods.
Date of production and partition number of the goods: indicated on the packaging 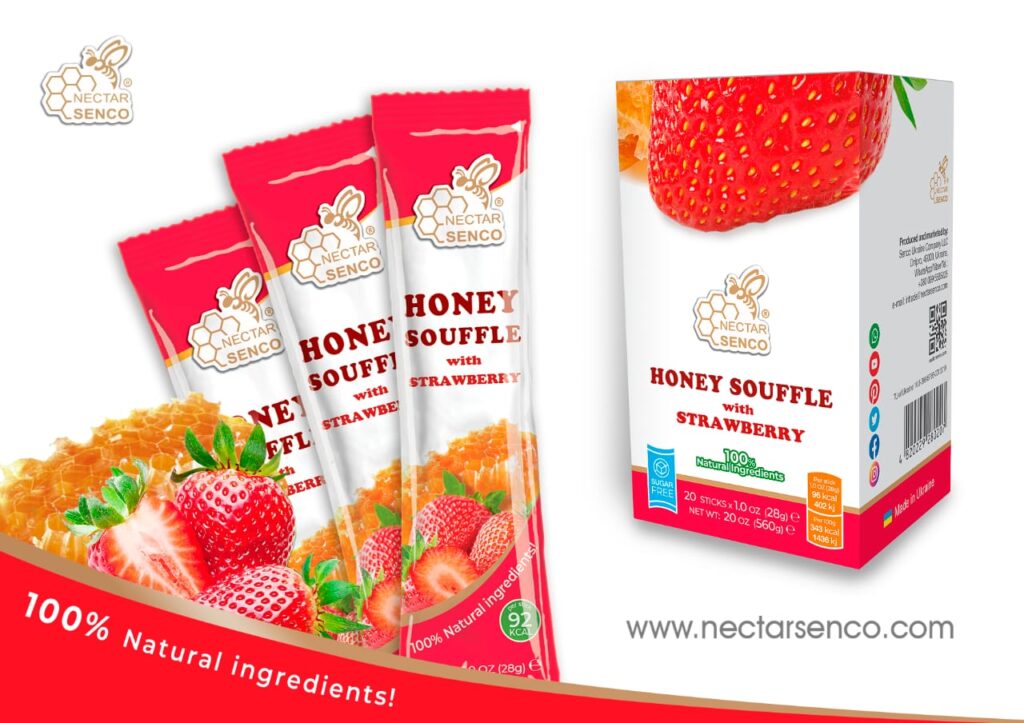